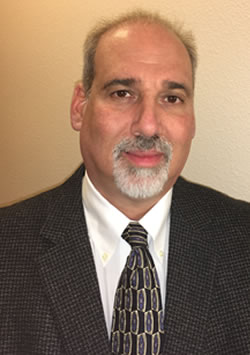 Veteran TV producer, Richard Zlotowitz has had an impressive career in production and programming for both broadcast, cable and web outlets, with a specialty in crime and public safety. His experience in the field has made him acutely aware that the 911 emergency system needs an overhaul to better serve the often distraught and highly-emotional callers who rely on 911 telecommunicators to dispatch first responders as quickly and as efficiently as possible. He also became aware of the stress and frustration experienced by dispatchers and tailored the training to address these issues. He was instrumental in the production of such television shows as, A Current Affair, Inside Edition, The Reporters, and Rainbow Media’s MetroChannels. Richard distinguished himself as one of the original team behind APBnews.com, the pre-eminent source for crime, justice and safety.

He also founded 11 Media, LLC., the largest privately held crime and public safety video archive in the country, and he works with various producers and networks, including, NBCUniversal, Fox Television and Turner Broadcasting, as well as consulting for law enforcement, and news agencies around the world. Richard has been the Associate Editor of Film Review Annual since 1980, which was awarded Best Reference Book by Library Journal and he is a recipient of the Philip Morris Jazz Grant for the development of a documentary on the history of jazz, which he co-wrote with Nat Hentoff.